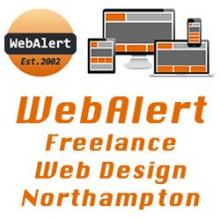 A New Northampton Freelance Web Developer is in Town

WebAlert has relocated to Northampton, bringing nearly 20 years of freelance web design experience to Northampton small businesses. WebAlert has been developing websites since 2002, when the internet age was in it's early days. How many web developers can offer such experience in the industry.

WebAlert was around before Google was the only search engine - anyone remember Open Directory Project, ODP and DMOZ (well WebAlert was a DMOZ editor). WebAlert has seen the changing search engine world face of multiple Google algorithm updates, the demise of flash and the development of html5. Whether it was called Web 1.0 or 2.0; or involved client-side / server-side software deployment, the fact is it was all web development.. something that WebAlert focuses on, but just prefers to call it web stuff !

So if you need someone to help you with your web stuff.. WebAlert knows a lot of web stuff and will be able to help !

A New Northampton Freelance Web Developer is in Town..